Australia was never high on my list of places to visit.  I’ve always preferred going to non-English speaking places, countries that are culturally very different from Canada or the U.S.  Australia was one of those countries that I thought I’d go to only after I’ve checked off all the other destinations on my travel bucket list (which could take a while…so essentially, I wasn’t in a hurry to get to Australia).

Well, never say never, because over the Christmas holidays, I found myself in Asia, with holiday plans that had unexpectedly fallen through.  So here I was, with 3 more weeks of vacation and I had to decide where to go.  Out of disappointment came a strangely nice feeling, to be free to go anywhere and do whatever I wanted!  It suddenly occurred to me that, while I had travelled, I hadn’t visited a “new” country in more than six years, and this was the perfect time to do so.  Myanmar came to mind, but I didn’t want to waste time getting a visa.  I’d also not done any research beforehand – something which I like doing, just so I have an idea of what’s worth seeing and I can plan a rough itinerary.  I considered some other Asian destinations, and then my mind wandered further afield, and that’s when I thought of Australia.  It just kind of seemed like an “easy” destination (Sydney and Melbourne, at least) to do on a whim.  Yes, it was a little further away, but hey, I was already on that side of the world!  What’s more, I have a good friend, Kiran, in Melbourne, and for the last 10 years, she’s been asking when I’m visiting. So when she heard my plan, she was elated.  She gladly took on the task of planning my itinerary and booking my flights while I went shopping in Hong Kong.

Wow, arriving in Australia was definitely surreal.  When I left home less than 2 weeks earlier, I had no inkling I’d end up in Australia.  But I was happy to be on this adventure.

Some locals in Sydney told me they had been experiencing some unseasonably cool, rainy weather in the two weeks leading up to Christmas.  But I got lucky, and on the day I arrived, it was a balmy 28C.  I walked all around the city and across Harbour Bridge, where I got amazing views of the Sydney Opera House and the city.  I made my way out to Bondi Beach, and spent a day at the Blue Mountains, just west of Sydney. 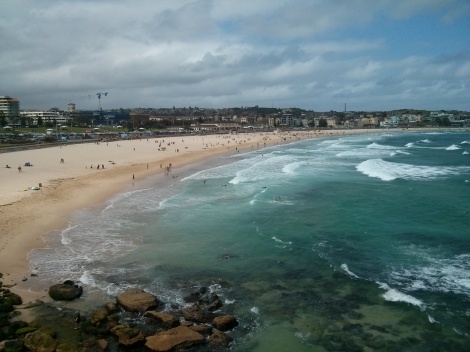 Melburnians were proud of the fact that their city topped the list of the best cities in the world to live in 2014 . And indeed, it is a beautiful city with a diverse population, interesting architecture, and widely regarded as the cultural, food and coffee capital of Australia.  It’s also a city that’s very much into its sports (unfortunately, I was going to miss the Australian Open by just a couple of weeks!). 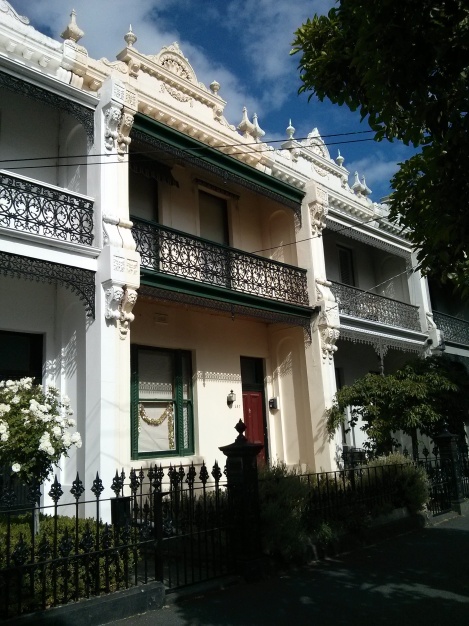 Wrought iron balconies and gates…reminded me of New Orleans

Of course, you can’t visit Melbourne without taking a drive along the Great Ocean Road, which stretches 243 km southwest of the city.  It’s got to be one of the most spectacular coastal drives in the world!  The scenery along the way is just stunning, the highlight being the Twelve Apostles, the famous limestone stacks at Port Campbell National Park.

One thing I quickly found out in Melbourne is that the weather can be pretty unpredictable (you can get four seasons in a day, as I was told).  There were times (especially in the evenings) when it got cool enough that my winter jacket came in handy, but then on the day that I was leaving, it was 40C and the start of a heat wave.

This trip was kind of crazy – totally unplanned, spontaneous and random…but it turned out to be the best vacation. Ever! 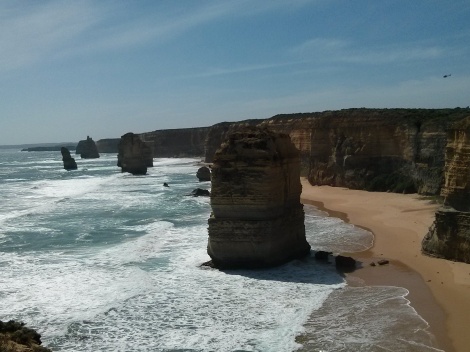 Another year, another Sans Rival birthday cake 😆 Made of 4 layers of nut meringue/dacquoise and French buttercream, this is definitely one of my favourite cakes! Swipe left ⬅️ to see what else was on the menu.
Simple, delicious homecooking. Braised pork belly with preserved vegetables. Let's eat!
Lots of mangos, coconut milk and leftover sticky rice means I gotta make Mango Sticky Rice🥭
Homemade rempah udang/pulut panggang (sticky rice roll filled with coconut, dried shrimp and spices). Such a yummy, savoury snack and one of my faves!
'Claypot' chicken rice done in a rice cooker may be cheating, but can't say it doesn't taste good!
Since I love all kinds of mochi, it's not surprising that Kuih Koci is one of my favourite kuih! It's soft and chewy with a gula melaka-sweetened shredded coconut filling. The blue colour is natural, from butterfly pea flowers. Deliciously addictive!
Japanese Cheesecake for Father's Day. This is one of my Dad's favourite cakes, and he only ever eats it when I make it!❤
It takes a while to make these baked Himalayan salt and pepper sweet potato chips because you have to bake them in a single layer. But hey, when you've got time during lockdown, why not enjoy some healthy snacks!
Raisin and walnut cookies. Made with quinoa flour and so yummy!
Coconut Swirl Buns with a shredded coconut and gula melaka filling and glazed with coconut syrup. So incredibly good, soft and fluffy and not overly sweet. I'll take these over cinnamon rolls any day!
This cucumber kerabu (salad) is so refreshing on a hot day! I added shallots, torch ginger flower, lemongrass, kaffir lime leaves, chillies, ikan bilis, and tossed it in a dressing of sambal belacan and calamansi lime juice. Spicy, tangy and full of umami!
Soft and chewy, pandan-infused mochi-like rice cakes rolled in grated coconut. Pop one of these onde-onde into your mouth, and get that burst of sweetness from the molten gula melaka centre. Yum!